The Catalan giants will be aiming for an imperative win in copa del ray quarter-finals when they travel to Segunda Division side Rayo Vallecano for Wednesday’s fourth-round encounter.

Barcelona would be laying a red carpet for their captain Lionel Messi who faced a two-game suspension after getting a red-card in the match against Athletic Bilbao in the super cup.

Argentine holds 17 goals against Vallecano and could be thrown back straight into the starting IX in place of Antoine Griezmann who is on a rest before Barca face athletic in the league this weekend, the little magician would be starting on the right wing with multi-footed Dembele on the left-wing as Braithwaite leads the line once more with Trincao on the bench and Ansu Fati and Coutinho still side-lined.

Koeman’s strategy would have been more advancing if Dest would not have been off unused against Elche after a subtle injury and Mingueza taking his place as a left back with Jordi Alba enjoying  his right-back position in the starting XI with junior Firpo in the subs.

Ronald Araujo has enjoyed his place in the team quite a lot since Pique’s injury . Lenglet would be accompanying his fellow defender holding the line which would often be  a confidence shattering flashback in his grey matter.

Sergio Busquets lining up with his fellow mates  after facing a suspension in the game against Athletic Bilbao with Pjanic and  Riqui Puig combining in the midfield would make it an awaited show for their adherents.

Must read about Skill2Fortune Referral Code.

Rayo Vallecano takes on Barcelona this Thursday with a confidence breaking goal difference of 45-4, two of which were scored in the last fixture at camp nou.

Still negotiating with relegation, its arguably time for the team to be finally shutting up the shop at the back to ensure results when they are required.

Vallencano would not be having their central defender Emiliano Velazquez who faced an injury against Mallorca which would help them in inviting more troubles on their side.

Esteban Saveljich could take his place in the backline for Iraola  alongside the like of Alejandro Catena and Luis Advincula.

Indeed Rayo have often lacked a cutting edge in the final third this season and are likely to be missing some key attacking players ,potentially furthering their struggles upfront.

1.Barcelona would not be forgiving in giving away their possession .Although Tiki – Taka is rarely seen these days but still they know to move the ball more accurately than their opponents .

2. Barcelona would be trying to carry out a holding offensive against their minors , who would try to aggressively calculate their mistakes and carrying out an aggressive counter which happens to be their best chance in the entire match.

3.The Messi – Pedri combination would be the most awaited match moment since the two combined well  in the past games .

4.A big eye would be scoping towards the big man Araujo who has not been dribbled past in the last ten games.

NOTE: These stats and predictions are entirely based on my inputs and knowledge after studying the given conditions combing then with the present circumstances of the following teams. So there can be variations and changes in my predicted line-ups, subs and tactics.

Everything You Need to Know about Fantasy Cricket 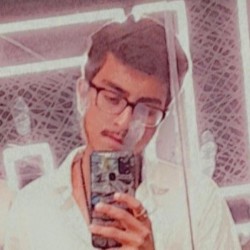